The mission of Fremforsk is, based on research, to examine and map the future. Which is why we always try to document the future as much as possible. Since the future has not happened yet, it is impossible to predict exactly what is going to happen, but we can render out analyses of the future probable, by examining what has already occurred, why it occurred the way it did and the knowledge that this has generated. The company is today run by Marianne Levinsen and Jesper Bo Jensen.

Fremforsk, Centre for futures studies was established on the 1st of September 2001 by Jesper Bo Jensen, futurist, PhD from the University of Aarhus. Jesper Bo Jensen has since 1993 worked with futures studies, both in Copenhagen and Aarhus and over the years he developed the urge to challenge himself by becoming self-employed. Marianne Levinsen, cand.scient.pol. has been a part of the company since 1st of January 2006, as Head of Research.

Past’s futures and the offbeat

We have been in the field of future studies for such a long time, that the present has caught up with the futures we described 10 to 15 years ago. This means that we can assess the accuracy of our claims: Never trust exact dates – it is rarely entirely precise.

Predictions of tendencies, zeitgeist and the usability of technology are, on the other hand, far safer to make. To make it possible for others to assess our past predictions, we have (mostly for fun) gathered a few descriptions here:

We have also gathered some of the more offbeat questions that we have received about the future:

Read more about the offbeat questions about the future

Entering the public debate – In the service of truth

Apart from future studies, we often participate in the public debate.

Through our work with documenting the future, by using our knowledge of the past and the present, we are often in possession of knowledge that can make it painful to read the daily papers and watch/listen to the media.

With the risk of sounding portentous, we have taken on a task, which we in our company call “in favour of the truth”. In all modesty, we try to inform about our society as it is – and not as it is often perceived to be.

There are numerous examples of this and many can be found in our articles and books.

To name a few:

Marianne Levinsen is a vivid and provocative lecturer and has great experience in communicating in an entertaining and captivating way.

She can communicate messages and analyses in a captivating and entertaining language and based on many years of experience in lecturing. 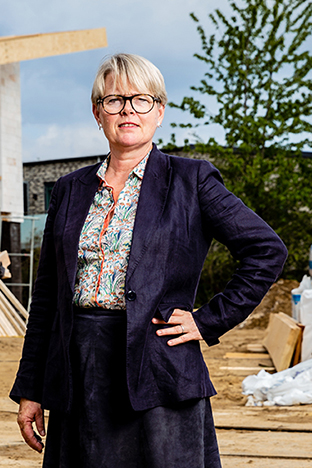 Images of Marianne Levinsen can be downloaded at the bottom of this page.

Marianne Levinsen became a master of political science in 1992, after having studied at the Institut D`Etudes Politiques de Paris and Stanford University respectively. Since January 1st 2006, she has worked professionally with the future and especially focusing on globalization, companies, the healthcare system, city planning, local and regional planning, labour markets, children and youths, management, retail and consumers in Denmark and the rest of Scandinavia.

Marianne firmly believes that working with the future make us smarter and give us the opportunity to influence our own future. The driving force behind her work is curiosity and the will to affect society, companies and people.

She is an entertaining, direct and witty keynote speaker who conducts 60-70 keynotes every year for employees, companies, boardrooms and organizations in all kinds of industries and public sectors in Denmark and the other Nordic countries.

Marianne Levinsen is a dedicated speaker with a background as an employee, a leader and consultant in both private and public companies. Since 2009 she has been a member of Kraks Blue Book as the first female futurist.

Marianne Levinsen’s keynotes about the future

Author and expert on the future

More on books by Fremforsk here .

She is the author of a number of articles for magazines and journals and has among other things contributed to the Productivity commission in 2013.

Marianne Levinsen’s articles about the future

She is regularly used by newspapers and journals as an expert on a diverse range of topics, such as the labour market, health, IT-technology, retail, consumerism, globalization etc.

Marianne Levinsen is the project manager and therefore responsible for design, execution and implementation of the many analyses that Fremforsk have conducted over the years.

The latest large analyses have been population analyses for Skanderborg, Aarhus and Herning municipalities. See other examples of analyses that we have conducted over the years .

Furthermore, she is also responsible for the analyses that Fremforsk conduct themselves:

Marianne Levinsen is and has been a consultant on many different projects for both private and public clients with a focus on innovation and strategy concerning products, industry, the region, city, customers, citizens and organizations

Jesper Bo Jensen is a well-known lecturer with many years of experience in combining the communication of knowledge with a captivating and humorous presentation.
He has held lectures about the future since the beginning of the 1990’es and has since then made it his virtue to adapt each seminar to the client in question by the specific combination of knowledge and challenges that is required in each specific case. 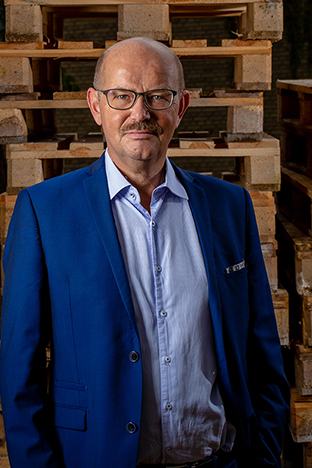 Images of Jesper Bo Jensen can be downloaded at the bottom of this page.

Jesper Bo Jensen is a researcher with a Ph.D. in political science and post doctorate studies at Stanford University. Many years of teaching among other humanists in statistics have made him a brilliant communicator, who gladly takes on tasks that may seem impossible at first.

He has years of experience in strategic planning within the financial sector and in strategic thinking for a large number of big and smaller companies and public institutions. He has also prepared numerous analyses about the future for Ministries, districts, counties and municipalities

Jesper Bo Jensen is the author of several books and has over the years written a vast number of articles for periodicals, newspapers and anthologies. Many of them are available here on Fremforsk.dk.

People are the uncertain factor in relation to the future. Everything else - including the technological development – we can more or less predict for the next 10-25 years. But people change direction all the time. This is the pivotal point in Jesper Bo Jensen’s work with the future and is recaptured in the topics that he is most known for working with: consumers and the retail industry, residential development, financial customers, employees and management, the spirit of the times, trends and new tendencies, population trends, use of time and the modern family.

The global tendencies are another field of interest. The general geopolitical, the regional and the commercial issues form the basis of a lot of Jesper Bo Jensen’s work. With a past as researcher of global banking systems and central banks, the great correlation continues to be of interest. Add to this the balance of power, policies and the changing relation between the fast-growing economies in Asia and the old systems in Europe and the US. 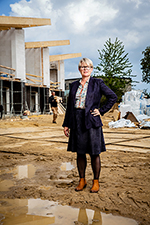 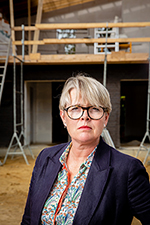 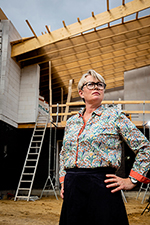 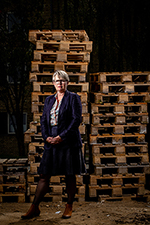 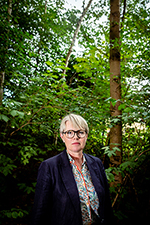 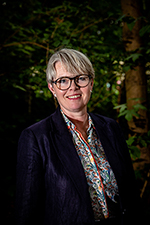 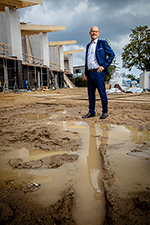 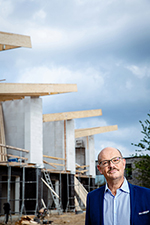 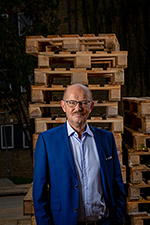 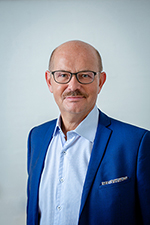 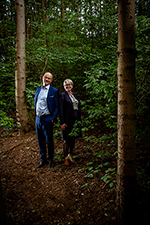