Marianne Levinsen and Jesper Bo Jensen have great experience in and knowledge about designing analyses, formulating precise questions, collecting data – both quantitative and qualitative, working on and interpreting the collected data, written and oral communication of the results as well as efficient project management.

Furthermore, Fremforsk has made future scenarios in cooperation with many different Danish companies, both in the private and public sector. The scenario process is conducted in close cooperation with the individual company, to ensure the best possible outcome for the company’s future strategies.

Here’s a brief outline of analyses conducted for clients:

At Fremforsk, the methodology and the sources of the analysis are selected in unity with the client, based on their needs in relation to their customers, markets and strategies.

Our analyses of the future are just as diverse as our customers. Here is an extract of our own analyses:

We continuously employ student helpers and interns, who conduct specific analyses of everything from youth culture, recruitment, processes of innovation and knowledge sharing.

Our research is also represented in our keynotes about the future.

See examples of our keynotes here

Examples of our research

At Fremforsk, Centre for future studies we have a deep knowledge of how to design the right analysis for our customers – this includes designing the right interview guide, gathering qualitative and quantitative data, as well as communicating the message of the analysis.

Even though our job is to sell knowledge about the unpredictable future, our main mission is to be in service of the truth.

We know and have taught the various scientific methods, which means that we know their strengths and weaknesses.

The future of people, companies, technologies and the world is what we are passionate about and we try to give an educated guess on what the future holds for these categories. Which means that we are especially focused on describing what is going to happen, how people are and act and how they change instead of describing how we think they should be.

We like to use statistics, since the present and the past give us valuable documentation, which can give us an idea of where we are headed in the future. We may sell keynotes and analyses, but we are not for sale. Which means that you cannot pay us to look at the future in a subjective or biased way.

Then how does one work with the future? Depending on the purpose and focus of the analysis we use the some of the following methods:

We customize our analyses to the individual client’s needs and the challenges they may face in the future in terms of organization, customers and markets. By doing so, we help the company and the organization to think about the future in a strategic way, in the areas that are vital to them.

Analyses and documentation take place at a high professional and academic level. Our communication and presentations are carried out in a pedagogical and easily comprehensible way, based on many years of experience in lecturing and teaching.

From 2005 to May 2015, we have a total of 631qualitative in-depth interviews. These interviews were divided between numerous analyses of many different sectors and industries.

See an overview of our In-depth Interviews

Why do we work with the present and future generations of Danes?

The basic idea of the generational theory is that our values are formed somewhere in between the age of 15 and 23. These values are based on historic events, music, new technology, conditions in the educational system and the labor market and other societal conditions. Hence, the theory can be categorized as a socialization theory.

Throughout their lives every generation retain the values formed during their youth. Hence, they experience that they have a better understanding of those who belong to the same generation as themselves. Over the past 12 years, we have carried out more than 600 personal in-depth interviews with Danes between the age of 14 and 91 about their life, work, housing, consumption and the future.

Partly based on these interviews, we know the following about these generations:

The big during- and post-war generation. 40-ites, the 68-generation. Went from nothing to abundance. The birth control pill and the portable gramophone was invented.

A big and newly discovered generation. Nicknamed” Jones” because they are ordinary. The stereo system was invented.

The so what? - generation. A smaller generation because of the birth control pill. They are self-absorbed, outgoing and egocentric. The video tape recorder was invented.

The smallest generation. Women in the labor market. The PC and the mobile phone was invented.

Lastly, there is one generation lacking a description, Generation Interbellum born between 1919 and 1939.

Over the past 8 years we have systematically worked with the generational terms from the distinct belief that it helps explain our behavior and the way we consume, understand systems and additionally the values that we use to relate to others and the world surrounding us. Hence, it is significant to our understanding and usage of digital devices, digital units and digital universes.

Moreover, we have specifically chosen to focus on the digital natives, since they are the next generation to enter the educational system, the labor market and society in general. We use their behavior to say something about the consumers, employees and citizens of the future. 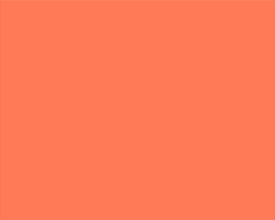 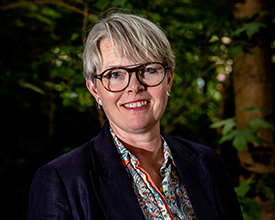 Marianne Levinsen is Head of Research at Fremforsk and manages, among other things, the many studies we conduct to become wiser about the present and the future.

In the past years, she has been responsible for conducting studies on shopping behaviour, innovation, the youth and knowledge sharing. 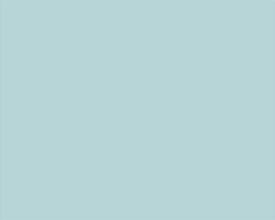 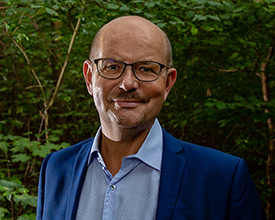 Jesper Bo Jensen has worked with futures studies for numerous years and has since the beginning of the 1990s worked with analysing the future.

He applies the scientific methods in his work and has previously worked as a researcher at several universities.

Book a keynote about the future

Please tell us who you would like to get in touch with and what the subjects or area of interests are. Furthermore, if you can provide us with the date, time and place for the keynote, we can give you an even better response.

You can also send us an e-mail if you would like us to give you a call.

Our lectures, keynotes and presentations are always tailor made to fit the occasion and the people attending. Therefore, we kindly ask you if possible to provide us with information about who we will be presenting to.